how to build a site for free

Victory in the opening race was a matter for Richard Bridge and returning multiple champion Paul Sibley, who started his comeback in the category at last year’s Mallory Park season closer. And Bridge’s Sprite prevailed in Brands’ Race 1, as having attacked Sibley’s Midget in the race’s early part he got by at Druids around two-thirds’ distance.

Reigning champion Pippa Cow in her Austin Healey Frogeye Sprite won Class E, passing Tom Walker’s Sprite at half distance then holding him off for the rest of the way.

In Class D, Barney Collinson (pictured below) in his Midget prevailed in a three-way scrap with Ian Burgin’s and Edward Easton’s Sprites to win. This freshman victory got Collinson Driver of the Race.

Stephen Watkins – another returning to the Midgets and Sprites, in his case after two years away – finished third in Race 1, 20s shy of first, and set-up changes got him onto the pace for Race 2 and he therein beat Sibley for victory after another long and absorbing place-swapping fight. There was a slightly early finish when Oshin Shahiean in his Midget went off at Druids. Watkins also got the Driver of the Race award with his win.

Bridge meanwhile had ran with the front battle early on but then dropped back to finish a distant third after his throttle cable jammed.

“In the first race it understeered,” Watkins said. “And the second one I changed the rollbar at the back and made it a bit stiffer at the back and balanced it up a lot nicer. That put me in a better position, and gave me a chance to have a good battle with Paul.

“I could see he was getting the same problem, he was understeering towards the end of the race. I was finding it difficult to get past him, but I was managing to get a better drive out of Clearways but he was keeping the inside line into Paddock. So I thought I’ll have a go at going round the outside which is a bit iffy, but Paul was good and gave me the space. We had some great fun, he dived back a few times, we had a great race.”

Bridge said: “The first race was brilliant, loved it. I’m trying to do the full season this year, and hopefully win it. It’s about time I won the championship.”

Bridge got his results despite having to install his spare engine at the 11th hour. “That’s [the throttle problem] what happens when you have to put the spare engine in in a hurry. [We were] building up a new engine and we tested it on the dyno and it had a problem, so we decided to go with the spare engine which is a bit tired.
“But it didn’t seem to matter in the first race, and if the throttle cable had been fine in the second race I would have been at least there or thereabouts for the win.

“It’s great [to battle Sibley], because when I started in 2009 he was the man to beat but I wasn’t in the same class as him, and I was really disappointed when I knew that I was going to come back to Class A and he’d decided to retire. He’s so experienced, he’s such a good driver”

Walker turned the tables on Cow to win Class E in Race 2, while Collinson doubled up in Class D with another win. He again beat Easton, while Shahiean had earlier spun out of what was another three-way class win battle. Collinson also got Driver of the Day. 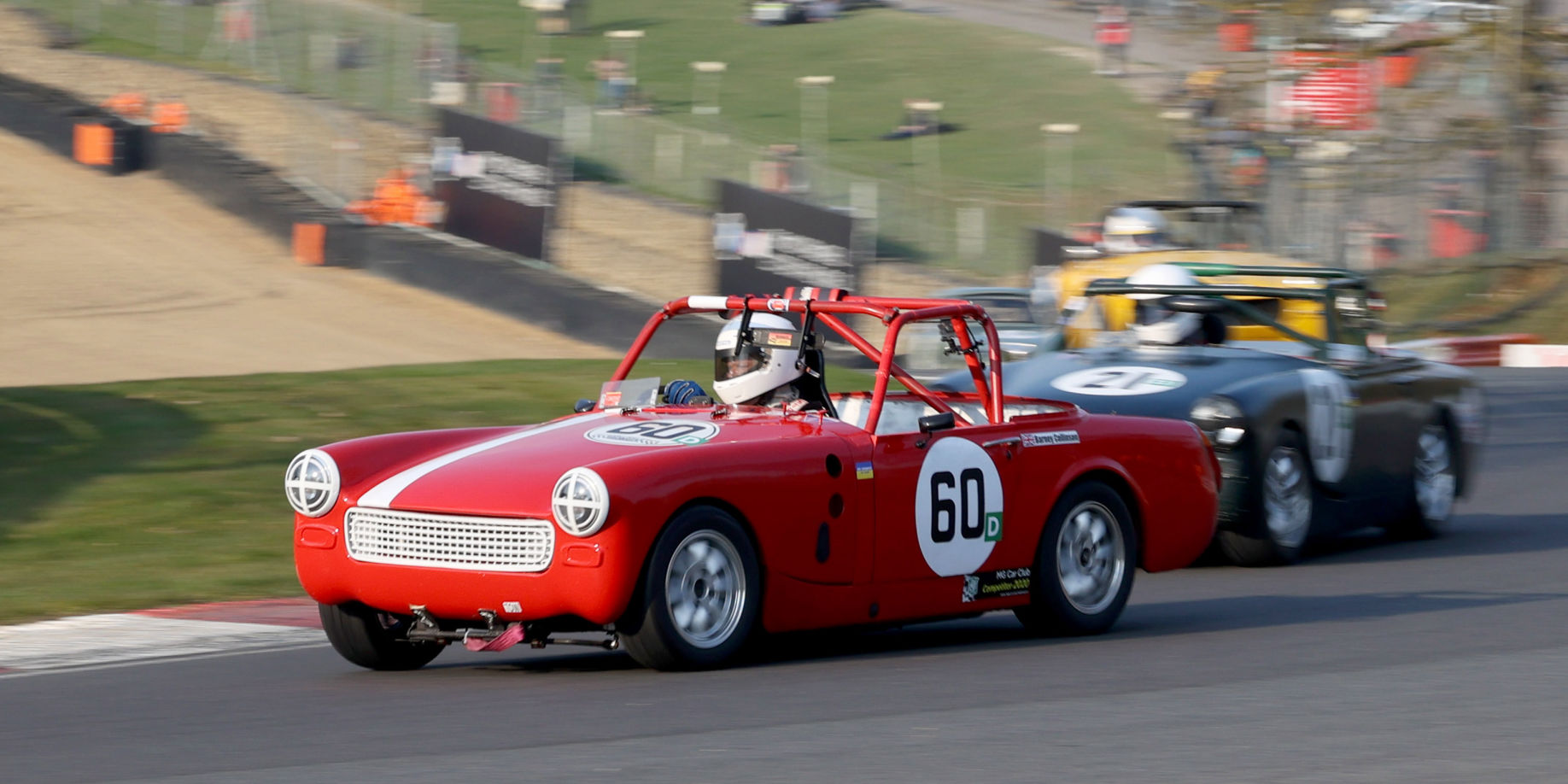